Can imperial pasts be sanitised?

Can imperial pasts be sanitised?

Memory politics in former imperial powers is increasingly contested. Portugal and the Netherlands, considered small states today but having governed vast empires the past, have both been argued to seek to cleanse or ‘sanitise’ their imperial histories. And yet, efforts to engage with such deep and far-reaching histories inevitably come with the possibility that details about morally objectionable acts will surge in the public consciousness, in turn tainting collective identities as well as portrayals of the nation to foreign audiences. In the French context, scholars have noted the staccato, on-and-off nature of politicians’ dealing with the nation’s historical footprints overseas, with significant statements and commitments often being followed by a burst of controversy and then periods of silence. Does such colonial aphasia (Stoler 2011) apply similarly in ‘smaller’ postimperial states? Portugal, having spearheaded the trans-Atlantic trade in enslaved Africans which facilitated its colonisation of various territories, has recently seen an initiative for a new memorial to be built in Lisbon to honour the memory of the victims of slavery. The mobilisations and controversies surrounding this case will serve as an entry point for discussing whether imperial histories can be sanitised, and if so, at what cost.

Dr Ingrid Samset is an Assistant Professor of Peace and Conflict Studies at Leiden University. Trained in political science, her research and teaching address questions in the intersection between transitional justice, contentious politics, postcolonial studies, and African studies. Her recent publications include ‘The Struggle to Remember: Rhodes Must Fall in South Africa’ (in Localising Memory in Transitional Justice, Routledge 2022) and ‘Towards Decolonial Justice’ (in The International Journal of Transitional Justice, 2020). In January 2023 Dr Samset is a visiting scholar at the Institute of Social Sciences of the University of Lisbon, working on the project ‘Recrafting postimperial identities: Portuguese memory contestations in comparative perspective’ 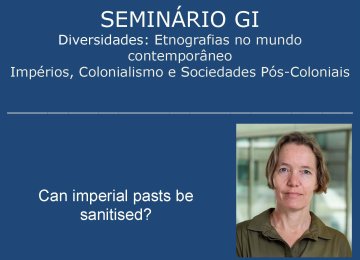 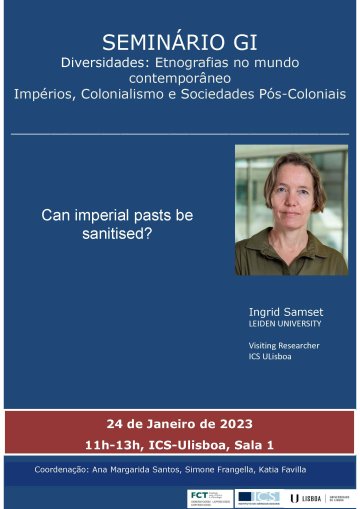