Urban Centers: Acting upon or with cities?

Cities host more than 50% of the world’s population and produce more than 70% of the global GDP. Not without controversy, cities are considered the centres of new social, cultural, economic and political processes, including innovative initiatives of citizen participation. Recently, international normative frameworks, such as the New Urban Agenda (Habitat III) and the European Urban Agenda have provided further inputs from ongoing sociopolitical and socioeconomic transformations towards the redefinition of participatory values of urban governance. The European Year of Cultural Heritage further sheds light on the need to engage citizens in the thousands of activities taking place in member states in order to improve the sense of belonging to cultural heritage.

Against this backdrop, the commitment of “Urban Centers” to participatory governance has been paramount and changing in the last sixty years. Mainly in United States and Europe, Urban Centers have improved information sharing with citizens and fostered new forms of bottom-up advocacy. In light of the international mainstreaming of new participatory models of governance, Urban Centers are growingly challenged to (re)define their roles with cities. Are they approaching new ways to transfer information from top to lower levels in order to enhance public action upon cities? Are they engaging in new participatory initiatives with cities? What are they learning and what would they like to share from their experience?

The Conference is organised by the Institute of Social Sciences (University of Lisbon) in partnership with the Centro de Informação Urbana de Lisboa, as an action of the project Rock “Regeneration and Optimisation of Cultural Heritage in creative and Knowledge Cities” funded by the European Union within the H2020 Research and Innovation programme (more information at: www.rockproject.eu). The project identifies Urban Centers as strategical agents of cultural heritage-led regeneration with the participation of citizens in central neighbourhoods of a wide range of European cities. The Memorandum will provide additional inputs to and be published as an original output of the project Rock.

Conference registration is mandatory at: ciul@cm-lisboa.pt 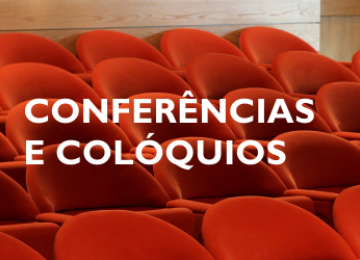 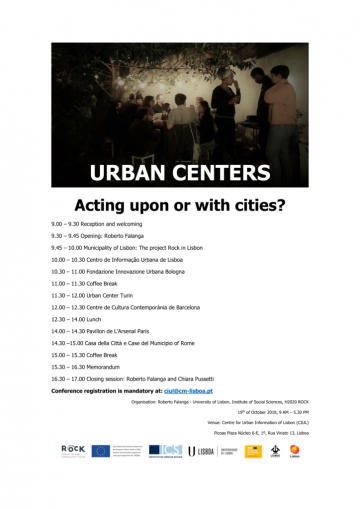