CORRUPTION AND ETHICS IN DEMOCRACY

Evento organizado no âmbito do Dia Internacional contra a Corrupção

Prof. Maureen Mancuso (University of Guelph, Canada),
mmancuso@uoguelph.ca
Dr. Mancuso is a professor in the Department of Political Science at the University of Guelph. She earned her BA at McMaster University, her MA at Carleton University and a D.Phil. in politics from Nuffield College, Oxford University. Mancuso joined the Department of Political Science in 1992 and was appointed chair in 1996. Before joining Guelph, she spent a year as a parliamentary intern in the House of Commons and held teaching appointments at McMaster and Windsor. In fall 1996, she was a visiting research fellow at the Centre for Congressional and Presidential Studies at the American University. In 2000, Dr. Mancuso was appointed Associate Vice-President (Academic) at the University of Guelph for a five year term. On March 1, 2004 Dr. Mancuso was appointed Provost and Vice-President (Academic) for a five year term.

Prof. Sarah Birch (King’s College London, UK),
Sarah.birch@klc.ac.uk
Sarah Birch joined the Department of Political Economy in 2016 as Professor of Political Science, as well as Director of Research. She studies comparative politics and public ethics. Sarah previously held Chairs at the University of Essex and University of Glasgow. She is a fellow of the British Academy and the Royal Society of Edinburgh, and an Associate Fellow of the Institute of Public Policy Research. Her research is mainly focused on the empirical study of political ethics, including electoral integrity, ethical reasoning in politics, and corruption perceptions. She also conducts research on popular perceptions of, and reactions to, environmental problems. 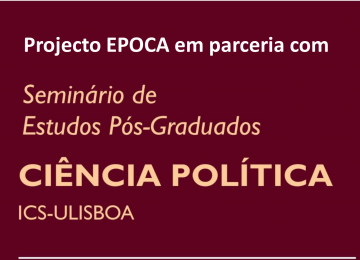 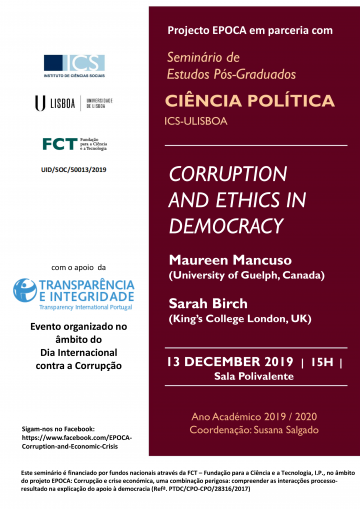