RESUMO: John of God is a Brazilian Spiritist healer who performed physical surgeries with scalpel and kitchen knives without asepsis or anaesthetics. He allegedly performed these surgeries while channeling ‘entities’, that is, spirits of doctors, saints and others who have passed away. In the first two decades of the 21st century, John of God became famous worldwide. He was visited by celebrities such as Oprah Winfrey and Marina Abramovic as well as those who were ill or healers themselves, and an ever-increasing array of media. He also travelled the globe performing international healing events. All this came to a halt when he was charged with sexual crimes in late 2019.

In this paper, I focus on Western followers’ experiences with biomedicine and how they translate in the appeal of John of God’s healing. I contend that Westerners desire to undergo spiritual surgeries and feel the ‘entities’ working on their bodies, as well as their understanding of these experiences have to do with an increase in reflexivity and mistrust of secular institutions (progress, science, politics) and growth in ‘spirituality’ in late modernity. Drawing on a decade of multi-sited fieldwork with the healer and his Western followers, I demonstrate that spirit possession and faith healing are not residual practices which will disappear once science and biomedicine is affordable and available the world over. It is not necessarily a practice of the poor or traditional peoples either. Indeed, most foreign seekers are educated, middle class and come from places where the best biomedicine is available. Importantly, an analysis of how his followers related to biomedicine can help us understand the reasoning behind many in the contemporary anti-vaccine movement.

BIOGRAFIA: Cristina Rocha is Prof of Anthropology and the Director of the Religion and Society Research Cluster, Western Sydney University, Australia. She is presently a Senior Fellow at the Paris Institute for Advanced Study for 2021-2022. She co-edits the Journal of Global Buddhism and the Religion in the Americas Brill series. She has held visiting research positions at Utrecht University, Kings College and Queen Mary College, CUNY Graduate Centre, and the Max Planck Institute for Religious and Ethnic Diversity. Her areas of research are religion, globalization and migration/mobility. Her book John of God: The Globalization of Brazilian Faith Healing (OUP 2017) was awarded the 2019 Geertz Prize honorable mention by the Society for the Anthropology of Religion, AAA. 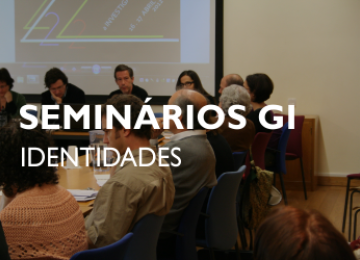 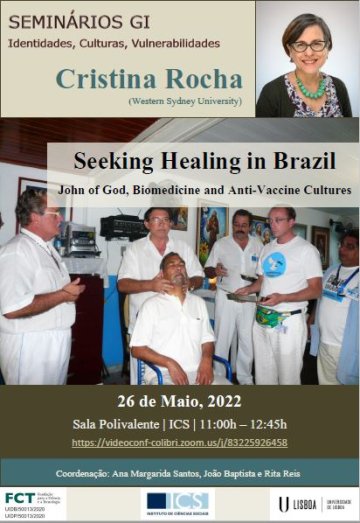