The conference will be held at the Institute of Social Sciences (University of Lisbon) on November 14-15, 2022, at the following address: Avenida Prof. Aníbal de Benttencourt 9, 1600-189, Lisbon – Portugal

Presentations will be in English.

The Institute of Social Sciences (ICS) and the Lisbon School of Economics and Management (ISEG) of the University of Lisbon invite submissions to the conference committee on the theme of “Giving Credit to Dictatorship: Authoritarian Regimes and Financial Capitalism in the Twentieth Century”.

The accelerated globalization of the last decades has recently captured the attention of scholars from different disciplines who have started to notice how capitalism can flourish in very different social contexts and under very different political regimes, democratic as well as authoritarian. These recent developments were crucial in reopening an old debate on the relations between capitalism, freedom, and democracy, which pivots around the following key question: does capitalism always pave the way to democracy, or could it be perfectly at ease, and sometimes even favour, an authoritarian political environment?

Contributing to this debate, this conference aims to promote a renewed historiographical interest in the study of the relations between financial capitalism and authoritarian regimes during the twentieth century. More specifically, the conference is intended as an opportunity to overcome a too rigid disciplinary divide between political, cultural and economic history, thus fostering the analysis of economic choices in terms of political forces. In this sense, the overall objective is to understand what power relations, political resources, and theoretical models underlie economic outcomes in authoritarian regimes.

The main underpinning assumption is that, as economic structure and political organization are contingent and deeply interconnected, it is impossible to fully appreciate the shape, extent, and historical transformation of any financial system without analysing its political, legal, and cultural determinants. In focusing on these inter-disciplinary dynamics, the conference wishes to produce a better comprehension of (a) the role of domestic and international finance in the rise, stabilization and fall of dictatorships during the twentieth century; (b) the action of the regimes in shaping and transforming the banking and financial system; and (c) the function of economic theory and ideological constructs in dictatorial environments.

The organizers are particularly interested in papers that address any of the following research questions:

How did financial and banking systems evolve within the political context of the authoritarian regimes that rise during the twentieth century?

What were the relations between authoritarian regimes, domestic financial systems, and world markets and institutions?

What kind of  economic theories and models were developed by intellectuals and thinkers with close connections to the political regimes?

What was the function of the authoritarian regimes in the context of the extensive transformation of the global capitalist system in the twentieth century?

What connections can be identified between the specific histories of the various authoritarian regimes in the twentieth century, the chaotic hegemonic transition of the interwar period, and the establishment and functioning of the United States post-1945 world hegemony?

Please submit an abstract (up to 500 words max) and a short biographical note (around 10 lines) with affiliation and contact information until February 25, 2022 to valerio.torreggiani@ics.ulisboa.pt stating in the object of the email “GIVING CREDIT TO DICTATORSHIP + SURNAME”. 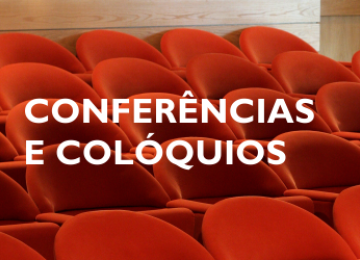