"The role of historians in the Franco dictatorship (1939-1975). The Consejo Superior de Investigaciones Científicas as a study case"

The role of historians in the Franco dictatorship (1939-1975). The Consejo Superior de Investigaciones Científicas as a study case

The research in progress analyzes the role played by historians working at the Consejo Superior de Investigaciones Científicas (CSIC) during Franco’s dictatorship (1939-1975). During the first third of the 20th century, the professionalization of historiography had been completed. The discipline developed autonomously both in the University and in solid institutions, such as the Junta para Ampliación de Estudios (JAE). The Civil War and the establishment of a dictatorial regime entailed a total breakdown with the previous period. In the University, the purge of the teaching staff was carried out: in addition to the historians who had had to go into exile, many others were removed from their posts, and a new distribution of academic power was carried out. The new regime put an end to institutions such as the JAE, and instead it created new ones such as the CSIC, the official organism for scientific research in Spain. This was not merely an agent of historiographical production but was the state apparatus for the creation of discourses about the past, as well as being controlled by an external body such as Opus Dei.

The main question that underlies the research is what it meant to be a CSIC historian during Franco's regime. The aim is to explore the possible relationships between historiographic discourse and that of Franco's regime. For this purpose, the functioning of the CSIC History Institutes has been reconstructed based on administrative documentation. This will allow, on the one hand, to know the external conditioning factors to which the historiographic production was subjected, such as the economic resources available, the existing staff or the type of tasks that could or could not be developed. On the other hand, knowing the composition of this institution and comparing it with the university community can shed light on the confrontations between different historiographical schools, the solidarity between some members beyond political sympathies, or the tensions to which the discourse promoted from its bosom was subjected. For this purpose, personal correspondence will also be used, where interpersonal networks and their influence on scientific life appear more clearly. Once we understand the functioning of this community, we will focus on the study of their production, which is essential to approach the discourse that, to a large extent, was strongly linked to that of the regime itself.

Alba Fernández Gallego is a PhD fellow at Universidad Complutense de Madrid (UCM) where she develops her research entitled “History and historians during Franco’s dictatorship (1939-1975). The Consejo Superior de Investigaciones Científicas and the construction of Spanish historiography”. She is a member of the research group “Space, Society and Culture during the Contemporary Age” and coordinates de PhD research seminar at the UCM. Her main research areas focus on culture and historiography in the Francoist period as well as on the history of science in the first third of the 20th century 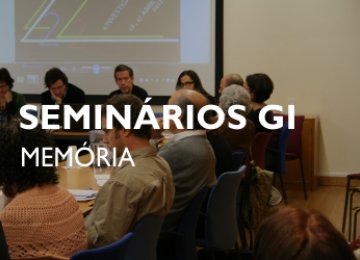 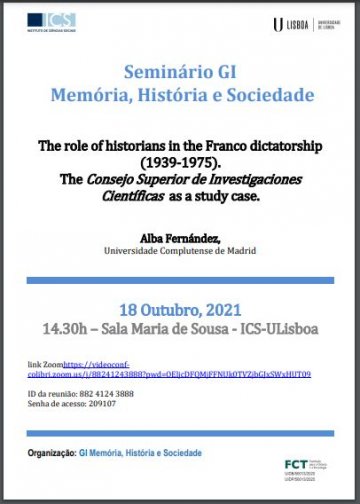