The Urban Transitions Hub and the AESOP Young Academics Network are happy to open the call for papers for the first edition of the Lisbon Early-Career Workshop in Urban Studies, to be held on 18-20 November 2020 at ICS-ULisboa. Circa 30 PhD students and early-career scholars will have the opportunity to present and discuss their research projects and/or findings during a 3-day event organised as a space of exchange, debate and learning.
The topic for the first edition is Urban Futures, Urban Transitions.
A few decades ago, the rise of globalisation seemed to suggest that the socio-spatial entity that we call the ‘city’ was to be progressively replaced by de-territorialised networks. Yet, today we are told that we are living in an ‘urban age’. The debate around the exact meaning of this return to the ‘urban’ is an important one in the field of urban studies. While international institutions led by UN-Habitat favour a conception of the urban as a place attracting an increasing share of people from rural areas, critical social sciences have instead focused on the urban as a processual and relational category: that is, on urbanisation, and on its current planetary scale. Notwithstanding the different perspectives, most agree that the processes of urbanisation deserve increased attention in terms of their risks and potentialities.
The relentless process of urbanisation is reshaping our planet, and contributing to multiple crises (including at the environmental, economic, social and political level) – crises that are themselves deeply interlocked with global processes of financial accumulation, spatial transformation and social reproduction. In mainstream discussions, the urban is conceived as the place where innovation, growth and consumption increasingly happen; where injustice, violence and alienation are more visible, but also where political organisation and solidarity flourish.
New forward-looking perspectives are necessary if we are to muddle through these volatile times, and contribute visions, charts and plans for an urbanising planetary future. This workshop will be dedicated to critical approaches to the urban, urbanisation and their radically open futures, among four interlocked lines of inquiry:
- Urban futures – forward-looking approaches to urban studies;
- Urban transitions – normative approaches to urbanisation and sustainable development;
- Urban imaginaries – visions, fictions and imaginations of the urban (in) transition;
- Urban flows – explorations of movements of people, goods, ideas and policies.
We invite submissions from any discipline in the social sciences and humanities, as well as those adopting inter- and trans-disciplinary perspectives. As the main goal of the workshop is to offer a space for discussion and improvement of ongoing research, we will privilege papers considering theoretical questions and development, preliminary analyses of empirical findings and reflections on epistemological/methodological dimensions – or a mix of two or more of these approaches.
The workshop will be composed of:
 Plenary keynote sessions with following interactive debate;
 Breakout parallel sessions – divided in groups, participants will present their paper (~20 min) and ‘defend’ it from comments by a mentor and other participants (~40 min.);
 Q&A on strategies and tips for academic publishing, and post-PhD challenges;
 Wrap-up session with discussion on lessons learned;
 Field visit: Lisbon (in) transition.

Who can attend the workshop
The workshop is open to PhD students and early-career scholars in the fields of urban studies, planning and geography, and all the social sciences and humanities with an interest on urban matters and urbanisation.
A minimum of 8 seats will be reserved to members of the AESOP Young Academics, please mention in your motivation letter whether you are a member (registration to the YAs is free and open to all early-career scholars).
The workshop is awaiting recognition as ‘winter school’ at ICS-ULisboa, with possibility for the participants of being awarded 3 ECTS.

Application and registration
Applications open from 15 February 2020 to 30 March 2020.
Send an abstract for your presentation (max 500 words) and a short letter of motivation to carolinanhenriques@gmail.com and simone.tulumello@ics.ulisboa.pt.
Decisions will be sent by 30 April 2020.
Registration by 15 June 2020.
Submission of the full paper (to be distributed among participants) by 15 September 2020.
Registration fee: 200€ (the organising committee is actively seeking for funding, with the goal to either reduce fees or provide some bursaries).
Organising and scientific committee
Simone Tulumello (ICS-ULisboa)
Mariana Liz (ICS-ULisboa)
Carolina Henriques (Dinâmia’CET-IUL)
Joana Catela (independent researcher)
Rozana Darwich (University Paris Sorbonne and AESOP YAs)

Ela Babalik-Sutcliffe is a member of the research and teaching staff in the Department of City and Regional Planning, Middle East Technical University, Ankara, Turkey. She did her Bachelors’ Degree in City and Regional Planning in Middle East Technical University (METU) in Ankara, her Masters’ degree in Urban Policy Planning in the same university, and her PhD degree in Urban Transport Planning in the Centre for Transport Studies, University College London, UK. She has been a member of the Executive Committee and GPEAN representative for AESOP. Her research topics include sustainable transport policy, climate change and the transport sector, urban rail systems, traffic reduction and management. She has carried out a number of research projects, including an EU project for promoting, and sharing good practice on, green transport; and a UNDP-led project on preparing Turkey's Climate Change Action Plan, where her role was to carry out the project as the transport sector expert.
Gareth Millington is an urban sociologist. He has recently been awarded a Leverhulme Trust Research Leadership award for a five-year project titled ‘Archiving the Inner City: Race and the Politics of Urban Memory’. Gareth joined the University of York in September 2012 having
previously taught at University of Roehampton, London and University of Essex. He studied Sociology at University of Salford, Goldsmiths College, University of London and University of Essex where he received his PhD in 2006. His doctoral research on hostility directed towards asylum seekers in a seaside town was funded by the ESRC. Gareth’s first monograph Race, Culture and the Right to the City: Centres, Peripheries, Margins was published in late 2011. Gareth has recently finished a British Academy/ GCRF funded project titled ‘Religious Urbanization in Africa’, which examines how urban infrastructures such as energy, roads, bridges, homes, schools, universities and hospitals are increasingly being provided by religious organisations, especially Pentecostal churches. 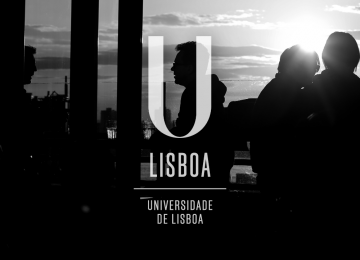 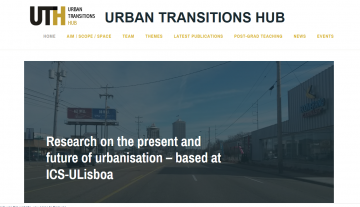