Conferência "The eradication of violence against women: Public policies and challenges for the future"

RESUMO
Along the last forty years, since the 78 Constitution was approved, Spain has improved enormously in the eradication of violence against women. Our country is an international reference due to its commitment, legal framework, data collection and institutions & public resources involved in combating gender based violence. Now seen as a real «State issue», after the parliamentary approval of the State Agreement on this matter (on the 28th of September 2017) there are important challenges for the future as figures are still alarming: violence against young women, TIC, other forms of violence against women, vulnerable groups, children, trafficking, sexual violence, globalization... Reaching legal equality between men and women does not mean that real inequality does not exist any more. Too often, discrimination of women ends up attacking their basic human rights, such as physical and psychological integrity or life.

Blanca Hernández Oliver is a Parliamentary Lawyer-Director of Studies, Analysis and Publications. Congress of Deputies and Editorial Director of the Parliamentary Academic Journal (https://revista.cortesgenerales.es/rcg). Spanish Government Delegate for Gender-Based Violence. The Government Office for Gender-based Violence is the body attached to the Vice Presidency of the Government, which is in charge of drawing up the public policies to be developed by the Government for eradicating the different kinds of violence against women, as well as coordinating and pushing forward all actions taken in this area in Spain and assuming the chair of the Social State Observatory on Violence against Women. Lecturer in the Department of Public Law. Carlos III University of Madrid. "Justice and Constitutional Interpretation", "Constitutional Organization of the State", "Civil Liberties and Constitutional Rights", "Constitution and Sources of the legal System" (Sep. 2009.-Dec. 2011).​ 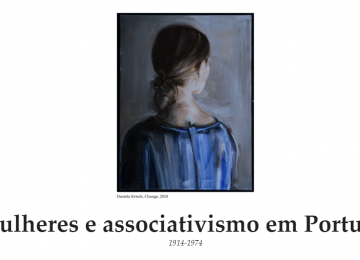 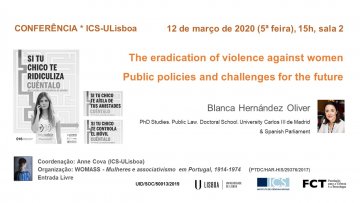